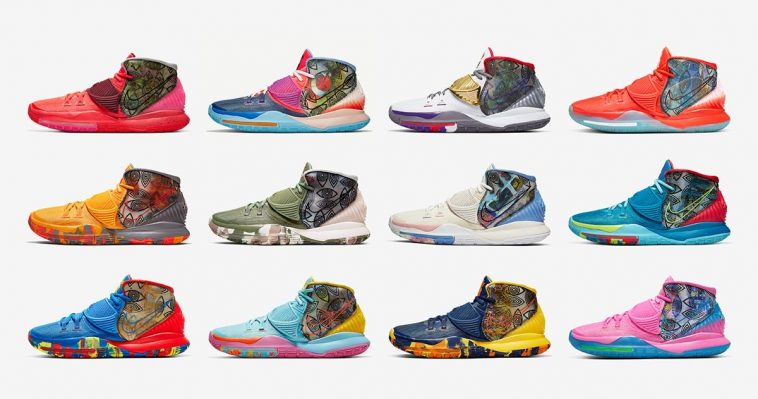 Kyrie Irving has a special connection to number 11. It begins with his dad, Drederick Irving, who wore #11 during his basketball career; Kyrie wore it in high school and does now with Brooklyn. The connection extends to a metaphor for balance and harmony (1+1) that resonates with Kyrie, and cascades from there. “K” is the eleventh letter of the alphabet; “Kyrie Irving” is 11 letters; Irving played 11 games at Duke University; he was drafted round 1, pick 1 in the 2011 NBA draft and he surpassed the 11,000 point mark on March 11.

With a nod to Irving’s globetrotting curiosity and 11 cities with special meaning to him, the KYRIE 6 will debut with a preheat collection of 11 shoes inspired by 11 cities, including Beijing, Berlin, Guangzhou, Houston, Los Angeles, Manila, Miami, New York City, Shanghai, Taipei and Tokyo.

The KYRIE 6 preheat collection will be available November 11 exclusively in each respective city.