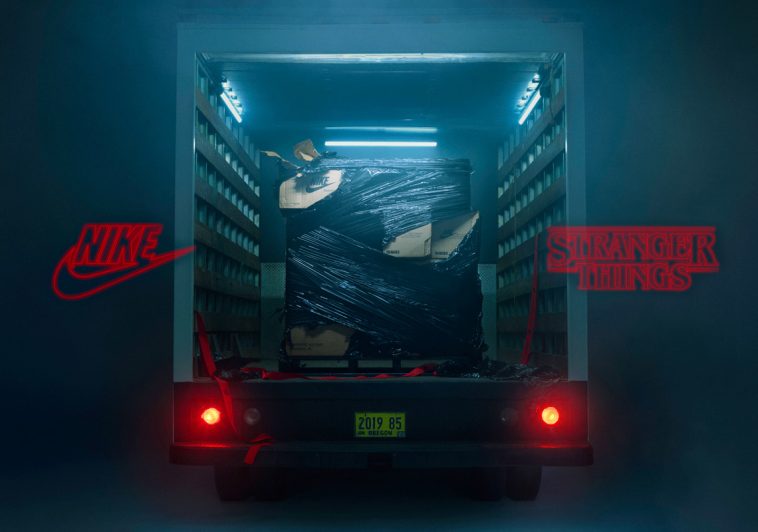 In the summer of 1985, several transport vehicles departed from Nike HQ in Beaverton, Oregon, carrying special product shipments headed to multiple locations across the US. Unfortunately, a few of the shipments never made it to their destination. These vehicles all had one thing in common…they were last seen on surveillance footage passing through Hawkins, Indiana. Nike, concerned and confused, never mentioned these missing shipments to anyone for fear that something supernatural was at play.

34 years later, signs of the missing shipments are popping up, piece by piece, and it’s clear that there is something deeper, darker and more evil brewing. Fortunately, some of the missing shipments have been located. Their contents are what we now know as iconic Nike styles: the Cortez, Blazer and Air Tailwind ‘79. Introduced alongside matching apparel, these classic Nike silhouettes were originally intended for the Hawkins High Athletic Dept and feature green and orange color combos with Hawkins High logos. Each shoe comes complete with original-inspired Nike packaging and special edition pins.

Check out all the styles inside the stack