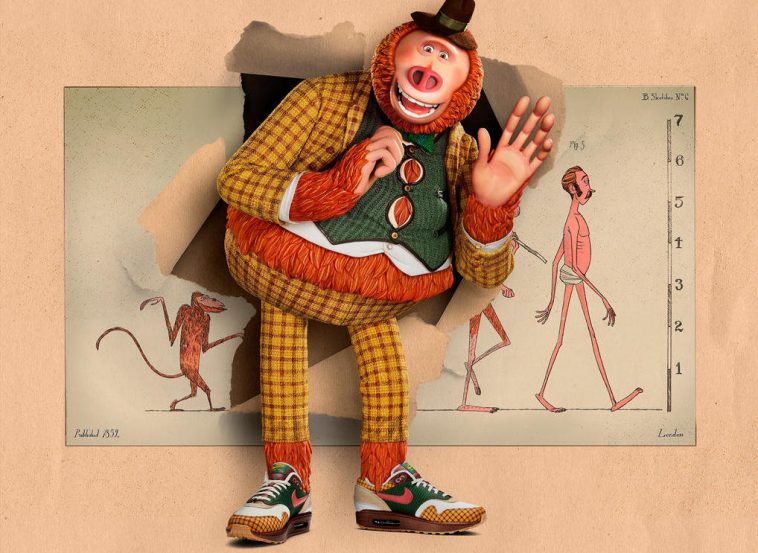 Nike Air Max Susan “Missing Link” to release on April 9th on Nike SNKRS at 10AM EST. The retail price tag is set at $170 USD. 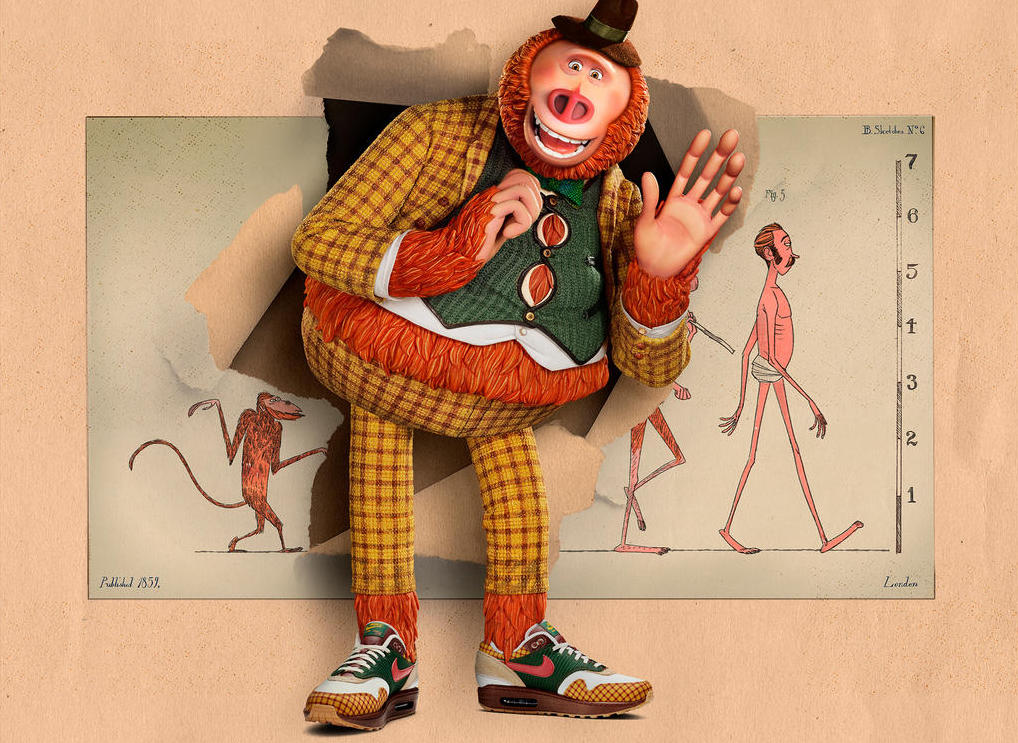 Cook explains that Mr. Link’s aesthetic plays up the character’s Pacific Northwest roots and balances it with a desire to serve as playful foil to the urbane Frost. This is also evident in the shoe’s leather-wrapped midsole, cuff links and kurim fur tufts on the tongue that lend a gleefully haphazard elegance to the silhouette.

Production of the Missing Link x Nike Air Max Susan and its unique elements benefit from a blend of LAIKA’s specialty in 3D printing (the company was awarded a Scientific and Engineering Oscar® plaque for its innovation in 3D printing in 2016) and Nike’s rapid prototyping.

The team also used LAIKA’s Stratasys PolyJet-based 3D printing solutions to create an exclusive pair of the Missing Link x Nike Air Max Susan for Mr. Link. It’s an appropriate nod to the origin of the name (in the film, the character, in an effort to disguise himself, playfully introduces himself as Susan).

“The Air Max 1 has always been a really uplifting, happy design. When I saw the film, I immediately felt Mr. Link was instantly lovable — he’s happy-go-lucky, the type to stop and smell the flowers. So, he’s got a certain chill that for me made sense with the silhouette,” says Hatfield.

Nike has a long-time partnership with the LAIKA studio, and while many shoes have been produced in tandem over the years, the Missing Link x Nike Air Max Susan is the first to release commercially.