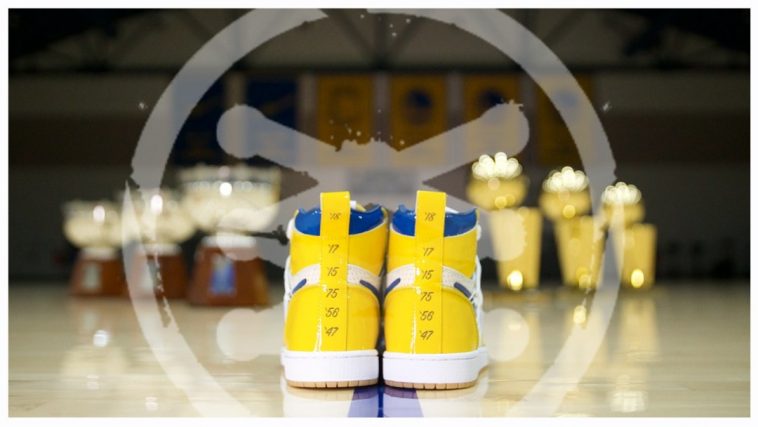 Earlier today in Oakland, CA the back-to-back NBA Champion Golden State Warriors, in collaboration with the Shoe Palace and the Shoe Surgeon, officially unveiled the limited-edition Air Jordan 1 ‘Champion Tradition’ shoe that was created in order to celebrate the team’s six NBA Championships at the official launch event tonight at Shoe Palace in Oakland.

This reimagined Air Jordan 1 have been handcrafted by popular designer and artist The Shoe Surgeon and will be raffled off with all proceeds benefiting the Warriors Community Foundation. The raffle, hosted by StockX, will begin on Tuesday, February 26 and will end on Monday, March 4.

The run is limited to just six pairs.